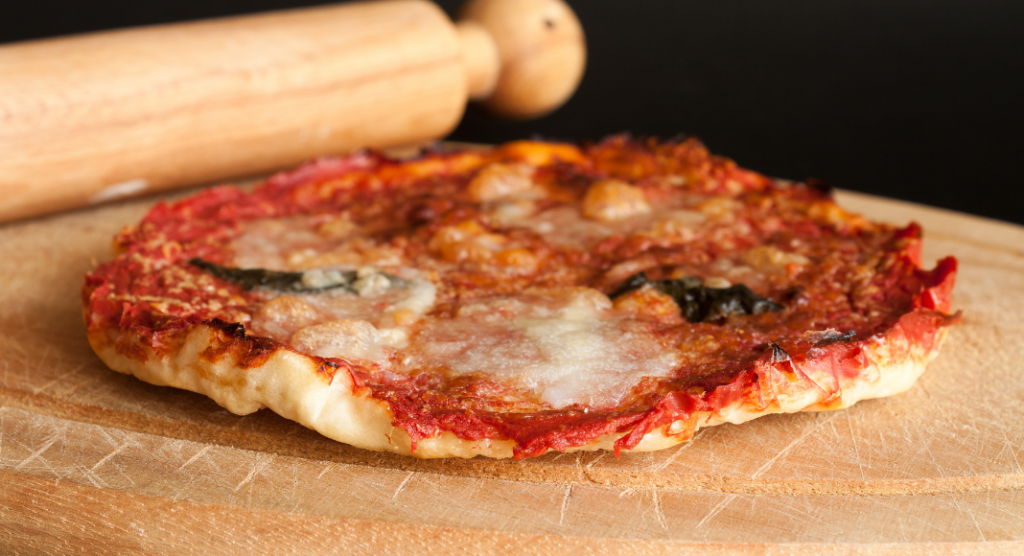 My first real memory of a Friday Night existing as a special entity, as a night unlike any other night of the week, is from my tween years (before “tween” was even a thing) when Steve Urkel asked us each week, “Did I do that?”

College brought Friday night parties (and probably some Friday night study sessions, too, if I’m being honest…I had a little bit of Steve Urkel still in me).

Friday nights in my twenties meant scrounging up enough cash to have a few more beers at The Catwalk (under new ownership because apparently being a landmark of my youth doesn’t qualify it to be protected by the city’s historic committee).

Dating my now husband transformed Friday nights into a range of sophisticated dinners, popcorn at the movies, splitting a bottle of Argentinian wine at our favorite outdoor wine bar, mini-golf competitions, walks along the pier with ice cream cones in hand, or escaping for a weekend getaway.

As a newly married couple fully invested in our burgeoning careers, Friday nights started to become a time to slow down. We’d reconnect after a busy, work-filled week by throwing on our sweats and gathering on our couch with pizza and Shark Tank (there was just something about this show that got us talking and laughing together.)

And then we had a baby. And I decided to be a stay-at-home mom. And days flowed into one another without distinguishing themselves. Friday nights were just one more night to bathe our son, put him to bed, and then collapse in an exhausted blur. As we slowly came out of the blur and found ourselves with a finger food-eating toddler, I became insistent on certain priorities, one of which was family dinners at the table every night.

Every night except one. My husband and I have chosen to keep Friday nights sacred. Our little family eats dinner together at the dining room table Monday through Thursday and Saturday and Sunday, too (unless we’ve gone wild and headed out to a restaurant). Those dinners are funny and frustrating and noisy and a bit chaotic and we (mostly) love them. But Friday nights? Friday nights are special. My son and daughter get their own favorite dinner of good ol’ Annie’s Mac and Cheese as a reprieve from the healthy dinners we make for them throughout the week. We bring them upstairs, give them their bath, tuck them in tight, and head back downstairs.

I’ll throw on my sweats. My husband will go out and grab the pizza. We’ll snuggle up on the couch with our plates, and pull up old episodes of Shark Tank on Hulu (where you can still watch it on Friday nights). It may not be sexy or sophisticated. We may still be in bed by 10 p.m. But it is my absolute favorite time of every single week. I’m comfy. The house is pretty quiet. I’m with this incredible guy who I’m still so, so in love with. And we’re laughing and talking and relaxing back into each other once again. So, here’s to Friday nights. To being a grown-up. To a little escape in whatever way works for you. Here’s to conquering one more week like a badass. And here’s to pizza. 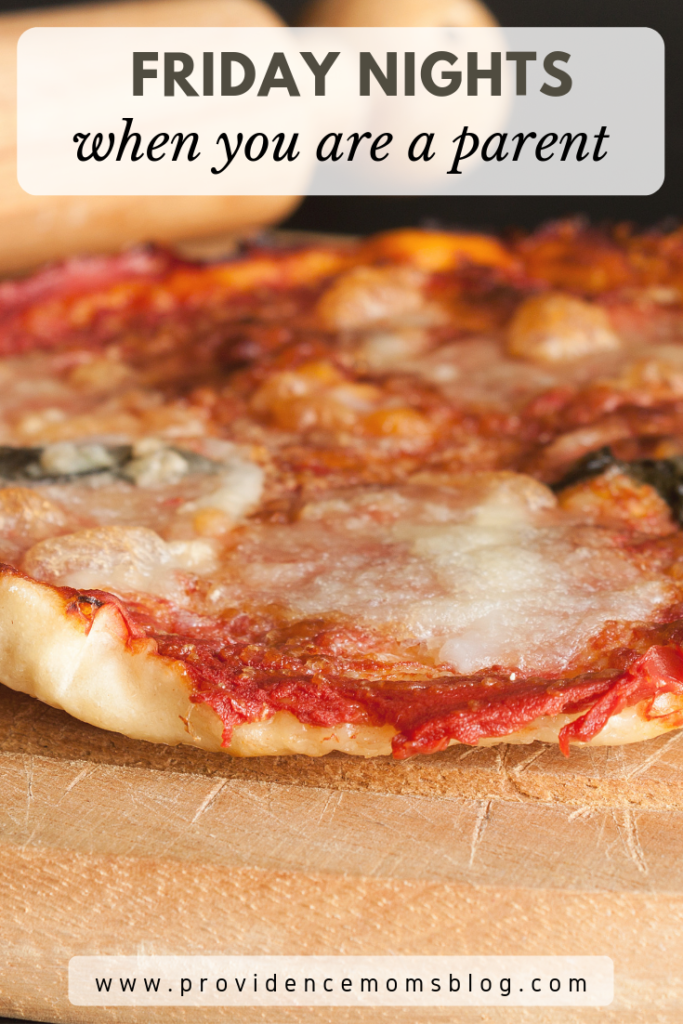 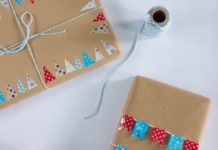 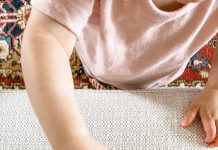 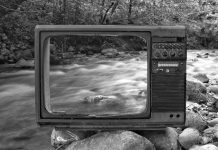