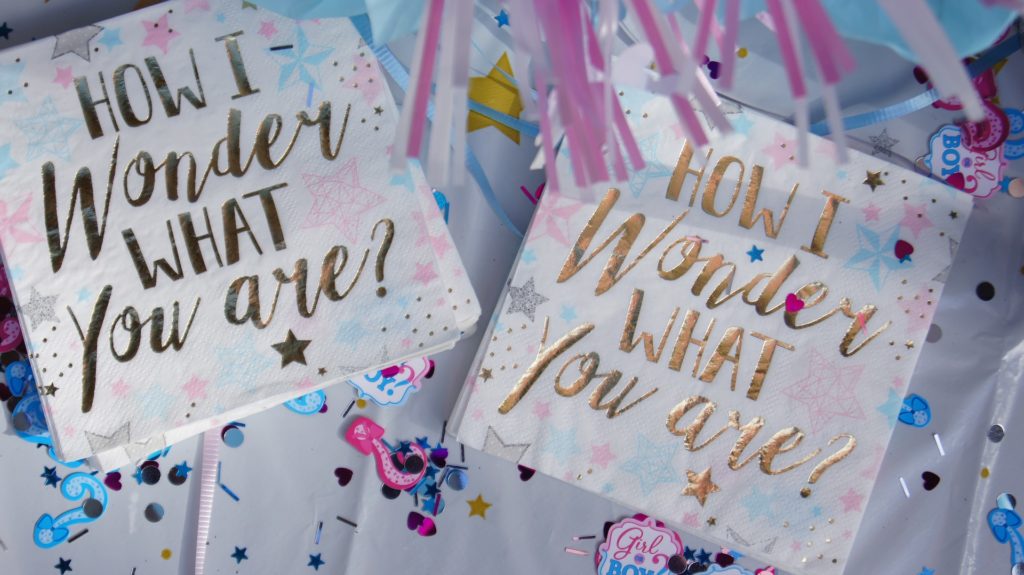 Previously on “41 and Pregnant”: Gigi got real about her depression.

Remember how I was supposed to get a phone call from a guy who would wheel-and-deal the cost of my genetic testing? I was so bummed that I never got that call! Apparently, my insurance covered it. It sounds weird, but what a bummer! I was so intrigued by that process. Anyway. The 2nd test panel came back unreadable again, so we did a 3rd with a different protocol. As a result, we had to reschedule our gender reveal because we didn’t think we’d get the results in time.

Of course, the results came back in time, but we’d already rescheduled the party for five weeks later. I didn’t look at it. My mom was here for the original party date, so I let her look and she told me that all the genetic tests were clear. Hooray for a healthy baby! I also gave the results to my friend who was in charge of building whatever it was that would tell us the gender. Balloons, confetti, pinata–you know, whatever was trending on Pinterest.

People kept asking me how I could stand to wait. I am not known for my patience. However, given the extreme morning sickness and exhaustion I’ve been facing, it was actually easy to wait. It was all I could do to get through the day and accomplish the bare minimum. By “bare minimum,” I mean making sure the kids were dressed for school and got on the bus. Did I wear my PJs to the bus stop? You betcha. Did I get back in bed as soon as the bus pulled away? Usually. Was I still in my PJs when the bus brought them home? I’ll let you decide…

Finally, the day arrived for our Mexican-themed gender reveal. Thank you, Pinterest for the term “he-or-she-esta!” (Say it out loud) I was ready to “taco ’bout a baby,” with a full Mexican feast for all our guests. My friend arrived with two pinatas: one taco and one cactus. My kids were pumped to claim their pinatas and find out who their sibling was going to be.

I learned a lot from this reveal, including:

Let me explain. I had a whole roll of twine at the start of the gender reveal party. It was not where I had left it when it came time to hang the pinatas, so I enacted Plan B, with disastrous results. My vision for this was that I would get one good picture of the four of us gasping in awed joy as something pink or blue rained down on us. That’s all I wanted–one good picture. I even had a professional photographer on-site.

Boy oh boy did I not get what I wanted! First of all, it was raining the entire time, but we went outside anyway. The pinatas hit the ground on the first whack. My children took that opportunity to flip the hockey sticks around and use the curved in to stab at them while yelling, “Die! Die! Die pinata!” Pinatas are freaking hard to crack! At one point my friend got involved and ripped the arms of the cactus pinata. The arms did not lead to the interior, so she dropped it, and my daughter continued to bash it. Finally, a small hole opened, and the kids tore at it with their bare hands. One tiny blue gumball emerged. I might have been the only adult to see it.

Now the other kids were hip to the fact that there was candy involved, so the crowd surged. No one could see anything–it was just a writhing mass of kids, grabbing and snatching. Kids began to emerge with handfuls of blue candy, balloons, toys. People in the crowd were saying, “Oh, so it’s a boy?” It was very anticlimactic but also hilarious.

I think when you don’t get what you hoped for, it’s important to go a full 180 in the other direction. I mean, if I’d gotten a photo that was a few seconds too late, or if we all looked weird in it but the blue was raining down on us, I would have been pining for what could have been, should have been, almost was, etc. Instead, I am forced to laugh at the outcome. I should have known our gender reveal party would turn out this way. This is who we really are, and always have been. We’re not Pinterest-perfect, and we never will be. 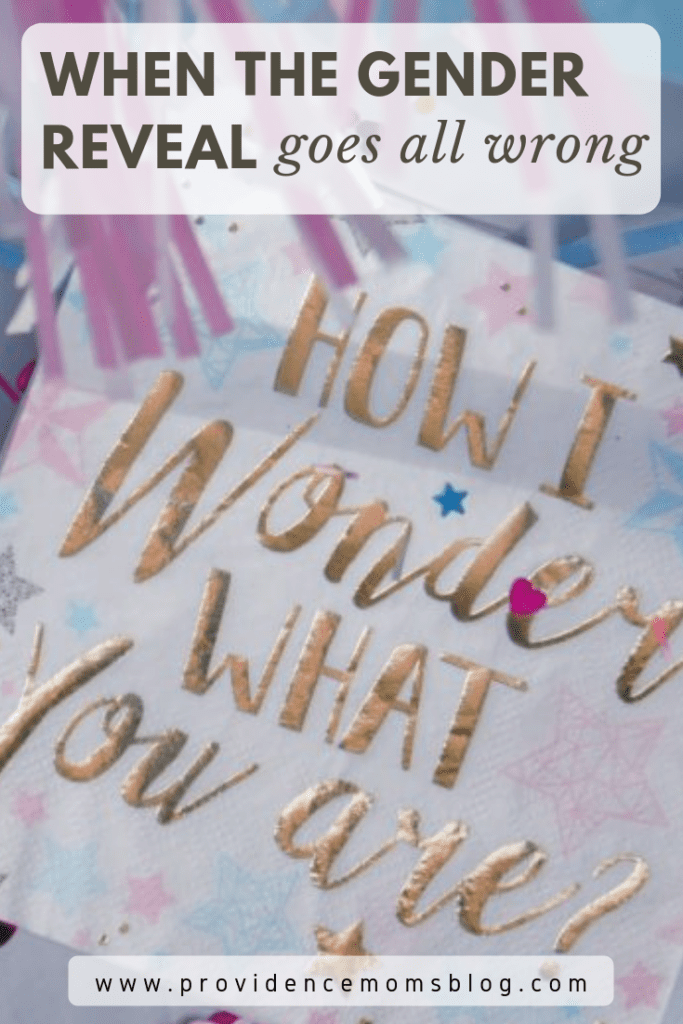 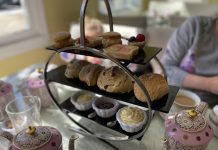 Seven Places to Enjoy Afternoon Tea in Rhode Island & Beyond! 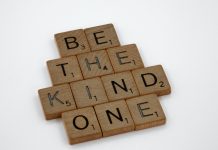 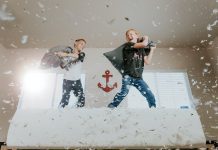 Goodbye, Mom-Guilt: Letting Go and How To Do It

Providence Mom - June 28, 2022 0
Looking to catch some fireworks this summer? Check out our comprehensive guide to the best fireworks displays in Rhode Island, border towns in MA,...