Time’s have changed. Maybe the world really is crazier or maybe the 24-hour news cycle has just made us so much more aware of the evil lurking out there. Who knows?  As a mom of young kids, there are so many more worries on the horizon than there are in the rearview mirror. My oldest son just turned five. He is officially a kid on the cusp of best friends and extracurriculars, and the kind of playdate where I drop him off at someone’s house and leave him there without me. I don’t feel ready for that, but I’m trying to prepare for it. Thinking ahead, here are the three playdate questions I need to ask before I can feel comfortable dropping my kids off at your house without me:

Who will be home?

I don’t know anything about basketball, but I’m pretty sure this one qualifies as a layup. This is standard. No one wants their kids running amok at a strangers house. Notice it’s slightly different than the classic, “Will their parents be home?” I want to know everyone who will have access to my child and a rough idea of what they will be doing. I’m cool with your teenage son working on a science project with his best friend in the kitchen. But if he’s having four of his friends over to watch Jurassic World in the living room I’m a little less cool. I love dinosaurs, but I prefer them without a side of nightmares. Maybe the little ones can play at my place Saturday.

This one is a general question, but it’s followed up with specifics. I’m not asking about screen time here. Heck, my one-year-old has watched ‘What does the fox say?’ forty times a day since he came home from the hospital. My concern is unsupervised internet usage. So will the playdate include the kids playing alone in a bedroom, toy room, or basement? Ideally, no, but if they will be playing in the basement toy room I want to know if there is a computer down there. I want to know about your kid’s smartphone, tablet, PS4,  Xbox,  laptop. Some parents must not know what a dangerous place the internet is because so many of us still let our kids have unfettered access to it. It’s not just stranger danger either.  Internet pornography is especially dangerous to young minds and It. Is. Everywhere. Most studies show that average first exposure to pornography is now between the ages of 8-11 years old.  Another study found that the, “ younger a man was when he first viewed pornography, the more likely he was to want power over women”. If we want to see a change in our society and put an end to rape culture we need to start by protecting our young people from the violent, misogynistic porn that is lurking only a few clicks away. (And don’t think you can skip this question because you only have a daughter. Pornography exposure is a serious concern for girls too.) We have a Circle by Disney to monitor our home wi-fi network and we love it. Let me know if you need help setting yours up! 😉

Do you own firearms?

Don’t call the NRA. I’m not saying that owning a gun disqualifies your kids from being friends with my kids, but if the answer to this question is ‘yes’ I have some follow up questions: where and how is it stored and who has access to it? If you have a loaded gun in your nightstand or an unsecured shotgun under the bed, then playdates can happen at my house. 1.7 million kids live in a home with unlocked, loaded guns.    That’s not a ‘Second Amendment issue. It’s a safety issue and it’s a parenting issue. Tell me I’m overreacting, prying, getting political or whatever else you want to say, but we live in a country where toddlers accidentally shoot people on an almost weekly basis with unsecured and loaded firearms. There have been at least 185 unintentional shootings by children in 2018 alone, and I’m going to do everything in my power to ensure that none of my kids are involved in #186. Fact check me at the #notanaccidentindex and please, please, please if you must keep firearms in your home, keep them locked up and unloaded.

To be honest, I haven’t had to ask any of these questions yet. My kids are still young enough that when I let them out of my sight for ten minutes to take a shower I have to lock all of the doors, turn turn the TV on and pray that nothing crazy happens before I’m done rinsing out my conditioner. They don’t go on unsupervised playdates, and they don’t have friends I don’t know. But that will change. Until I can trust my kids to navigate these things on their own, I will psych myself up to ask these potentially intrusive questions, even if it leaves someone feeling offended. And if you’d rather not discuss it, that’s fine too. Your kids are still welcome to come over and play at our house. 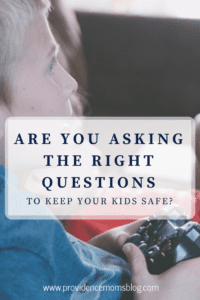 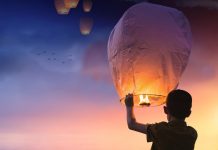 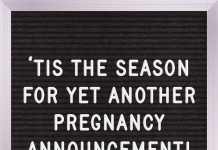