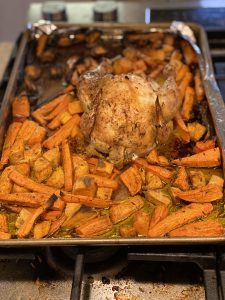 When your life consists of being on the road for political campaigns and you find yourself in a new state more often than being home, you don’t have much time to become domesticated. Nevermind a serious relationship, my only relationship was with whoever I was working for and the end goal was to get them elected. Which usually meant staying up late to look at data and come up with a strategy.

So, in 2010, when I found myself home for a campaign, my parents were ecstatic because this meant I would no longer be missing family gatherings, niece and nephew birthday parties, or holidays. Unfortunately, my family was sorely disappointed- I was still married to my work – so much so that I canceled a date because I needed to do an event with my candidate. That was the most important thing to me, at the time. Winning elections.

Well, we lost and I was sad. Then my candidate suddenly died and I found myself not sure what my next moves would be. When you pour all of your heart and soul into campaigns,  you bleed and you cry at some point. You work absurd hours, and your teammates become your family, you grab dinner out or eat at your desks and you talk, you call each other on the way home to talk and you wake up and you have texts from them. Campaigns consume you in the best way, and because of that, you’re kind of like a bachelor. Your apartment makes minimalists look like hoarders. When you jump from state to state you have a mattress, 5 good pairs of jeans, lots of candidate tee shirts, 2 good dresses (for donor events), and a pair of sneakers. You don’t keep utensils or plates because breakfast consists of donuts and bagels, lunch consists of whatever event you’re going to and dinner is pizza or whatever bar you went to after work.

So, this is why I had no idea how to cook or be a partner to someone who didn’t work with me. Then, I met a guy. Spoiler alert, I married him.

When we moved into our first apartment I was living out of boxes and he asked: “are you going to unpack?” And I remember saying, “that’s too much work, I’ll be out of here after David (my candidate at the time) wins”. Then, we had our first fight. We had been together for a year and hadn’t talked about anything more than what kind of trash can we should buy. He was in it and I had never been in one place for more than 9 months. I grabbed my laptop bag gave him a quick kiss and left for work. We never continued the fight; when I came home that night everything was unpacked. During GOTV – Get Out the Vote, he showed up with pizza for the entire staff and some beers and asked how he could help. I kissed him and said “Thanks for unpacking, I’m not going anywhere after this campaign, I’ll stay local.” He kissed me and that was that.

Well, that campaign ended, we won, and I stayed put. But, I learned my guy didn’t want to eat mac and cheese spirals every night and he didn’t agree with having donuts for breakfast every morning. He cooked most nights, and we would do the grocery shopping together. He was highly amused that I didn’t know my way around the kitchen, at all.  I could make pasta and throw butter on it, he laughed that I wouldn’t warm up jarred sauce and I threw it over the pasta. I was a mess.

He started working in Boston and we wanted to eat before 8pm, so I had to start cooking. I started out basic: chicken tenders, minute rice, and a frozen veggie. After being home for a bit, I started to do the shopping and looking for recipes, and I quickly fell in love with cooking. It became my outlet and kept my unemployed-mind distracted. I even learned how to start the weber grill without lighter fluid. This was very impressive for a girl who, a few months before, ate old pizza for lunch even if the smell was questionable. My guy single-handedly domesticated me without trying.

For the first time, I wanted to be married to something that wasn’t my job. I put down roots, actually bought utensils, kitchen mats, and was ready to settle down.  I gave up the mac and cheese and old pizza but I’m still holding onto my bagels as much as possible. 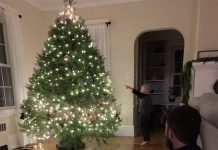 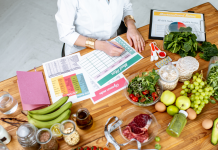 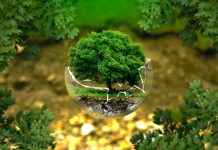