A small girl stood in front of a display case, eye to eye with a fox sculpture and a vase, just some of its fascinating contents. In awe, she pointed to one of the items and asked, “Did someone make this?” Her mother smiled and answered, “Yes. And someday you can, too.”

Caroline Payson’s entire face lit up as she told me this story, which is one of many such simple and powerful occurrences she’s had the privilege to witness since the debut of the new Creativity Initiative at Providence Children’s Museum. This child’s reaction to the displayed art encapsulates the goals Payson, executive director of the museum, has for the new initiative: that children can see themselves as part of the process (from trial and error to prototype to finished work) of making and creating.

Along with being awarded a coveted and prestigious grant from the National Endowment for the Arts to fund the Creativity Initiative, the museum is honored to have received support from both local arts and culture organizations and local philanthropists. And as we walked together up the ramp to the museum’s second floor (where the Creativity Initiative’s new exhibit resides), it became clear that Caroline Payson is just the person to spearhead this project. A self-proclaimed “access person” based on lessons she learned as the head of education at the Cooper Hewitt Smithsonian Design Museum in New York, Payson’s passion is helping people connect and interact with the materials in a museum. She’s found her role at Providence Children’s Museum exciting because she understands the true value of such a place – not just as a promoter of play (though anyone who has brought their kids to PCM, myself included, can attest that it certainly is fun!), but as “an important cultural institution in Rhode Island” that promotes lifelong learning with a huge commitment to access and equity (40% of the museum’s operating costs go towards bringing in 1/3 of its visitors for free or at a greatly reduced price).

The Creativity Initiative is a three-year program that, in large part, “galvanize[s] the creative community of Rhode Island to serve our kids,” Payson explained to me as we approached the first element of the initiative – the rotating exhibit.

If you were lucky enough to visit PCM over the summer, then you probably spent some time in the very first of the Creativity Initiative’s rotating exhibits, Providence artist Nick Carter’s ‘Extravagant Properties: Line, Shape, and Color’ that explored 2D and 3D worlds with plenty of light, color, and pattern play (and featured a ramp that my toddler daughter ran up and down approximately 57 times). The coolest part of the rotating exhibits (other than there is an entirely new space for creative play every few months)? They will all be designed by a rotation of Rhode Island artists focusing on the marriage of art, design, and stem learning (which, in case you don’t have a child in school yet, stands for “science, technology, engineering, mathematics”). But it wouldn’t be Providence Children’s Museum if there weren’t tons of interaction built-in; the goal for these exhibits is not for kids to copy what’s already there and what’s already been done, but for kids to do their own problem solving, designing, and creating in a rich and inspiring environment.

The newest rotating exhibit (which opened September 28 and runs until December 2), the visually delightful ‘Air is There,’ is brought to us by the creative engineer/artist/designer team of the Pneuhaus Design Collective, based in Providence. It definitely got the stamp of approval from both my 2 year old and my 5 year old, who bounced along its AstroTurf-esque flooring, weaving in and out of the huge, stark-white inflatable tubing until they reached a collection of whirligigs and other fun objects that could be propelled via fans through the air, as well as linking toys designed by Pneuhaus themselves.

Aside from the rotating exhibits, the Creativity Initiative also exists in the Maker Studio, a room also on the second floor that houses a combination of unfacilitated free play and creation and facilitated programming run by local artists who work in conjunction with the PCM team. The Maker Studio now also boasts a brand-new Innovation Lab as part of the Creativity Initiative. The lab, which is facilitated by PCM staff, acts as a maker space for kids under the age of ten (the target age demographic of the museum) – exciting news since many children don’t have access to maker spaces, which promote problem-solving, collaboration, and other important 21st century skills, until middle school. The PCM staff is able to scaffold the lab’s maker opportunities for a range of ages so all visitors can create in age-appropriate ways using a variety of drool-worthy tools like hot glue guns, sewing machines, laser and 3D printers, hammers, nails, and even golf tees and styrofoam balls. I can attest that my 5-year-old son would be ecstatic if he – under the direction of a facilitator and with parental help – got his hands on a hot glue gun!

Upon leaving the Maker Studio, Payson directed me to the final piece of the Creativity Initiative: a collection of display cases featuring work by local, “grown-up creatives” – all at a kid-friendly eye level. The displayed pieces will also rotate (like the initiative’s exhibit) and serve to showcase the process of creation – how a piece can go from an idea to a prototype, through trial and error, to a finished product. It’s at these cases that Payson witnessed the awestruck girl asking her mom, “Did someone make this?” and the lessons kids like her learn from seeing the creative process on display are powerful. They learn that artists and makers don’t simply create something on their first attempt; makers (both grown-up and child) need to engage in the creative process of figuring out what doesn’t work and what does, and figuring out how to do more of the stuff that works, ultimately gaining and fostering a confidence to try (and try and try) even if they fail at first. These lessons are at the heart of the Creativity Initiative. As promotional materials for this program state, “When creativity is nurtured, the possibilities are limitless.” 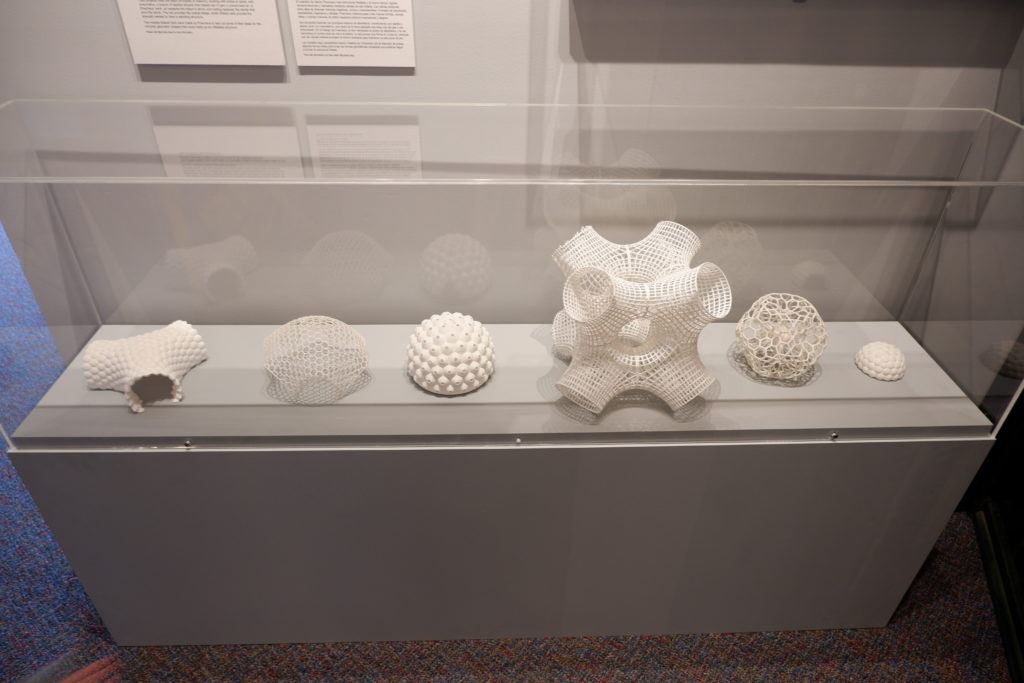 Inspired yet? Your kids will be! 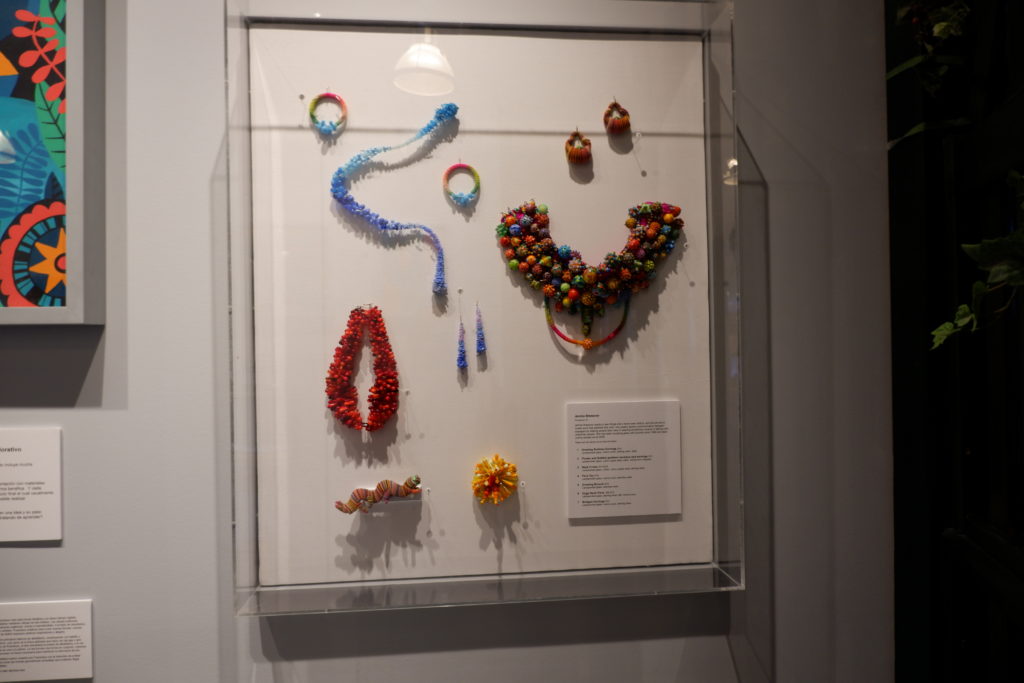 Providence Children’s Museum is open from 9 a.m. to 5 p.m. every day and select Fridays until 8 p.m. and is located at 100 South Street in Providence, Rhode Island. Check out their website for more information: http://www.ChildrenMuseum.org 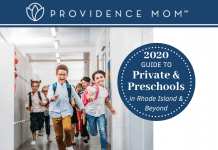 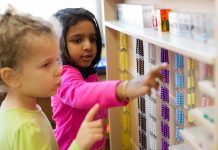 Montessori is My “Thing”- A Visit With Ocean State Montessori School 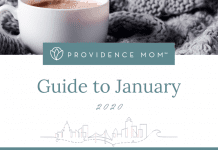 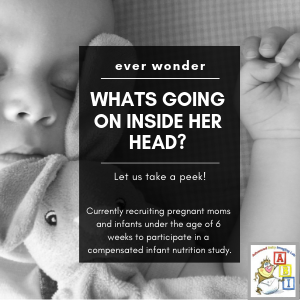 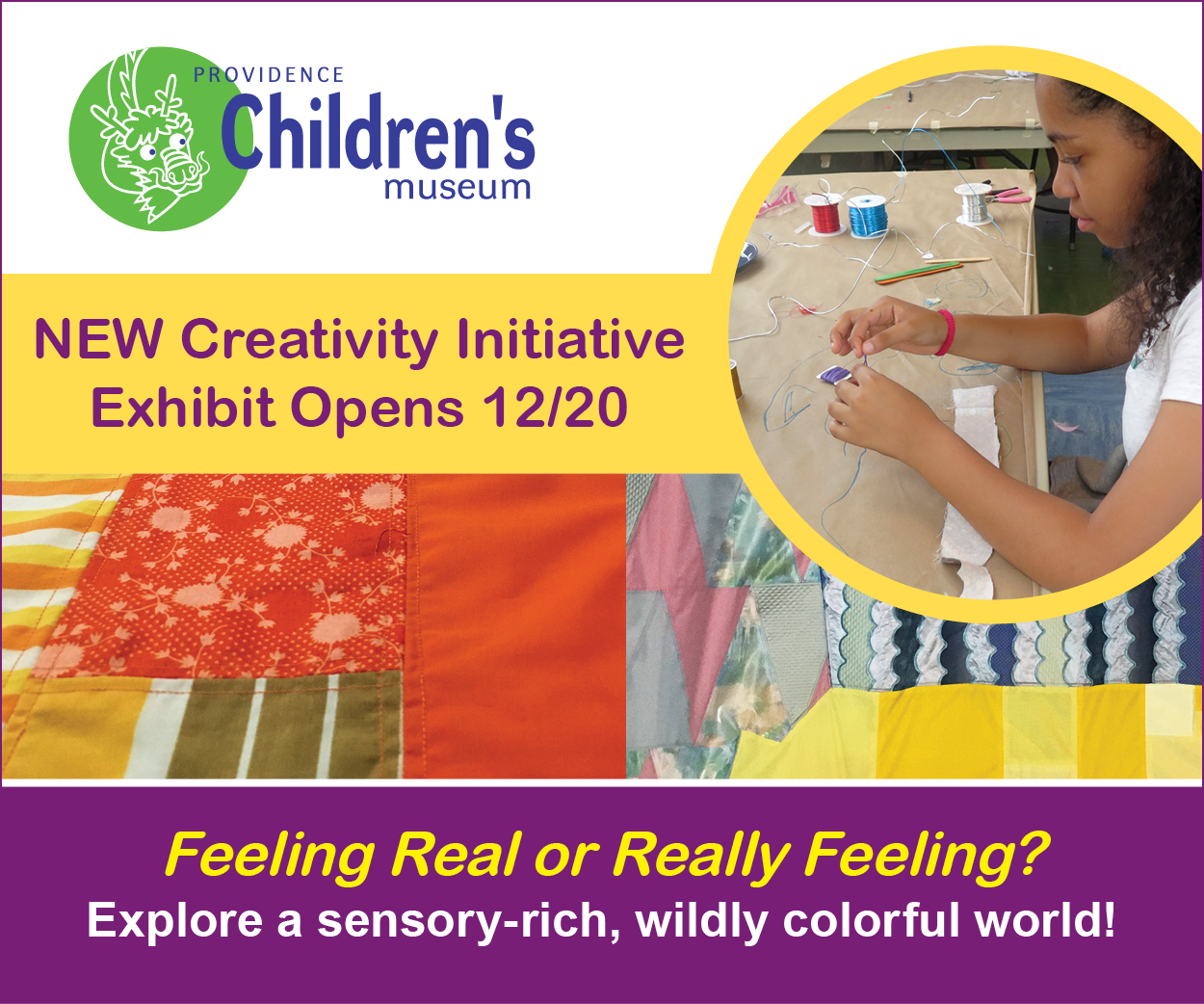 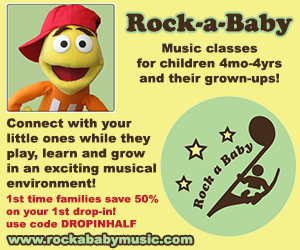 Story Time @ Books on the Square