Adding insult to injury, 2020 now includes the passing of our beloved cat, Audrey. As a cat lady, this wasn’t my first rodeo. As a mother, however, I was in uncharted territory.

Do I burden Jack, my 3 year old son with the news now, or wait until he’s older? Will he even notice that she’s gone? The decision to explain the concept of death to my child weighed heavily on me, more so than my own grief.

Audrey was 16, which is 81 in human years. She was old, and her body had been slowly shutting down over the last few months. I decided to put her to sleep (in the comforts of her home), because she was in pain and suffering.

Writing this now, it seems like such a simple explanation. Why couldn’t I just say it this way?

The truth is, I felt unequipped to talk to Jack about euthanasia. Growing up, my dad made all the important decisions about our pets, and (for better or worse) we weren’t included in the end-of-life process. Now that I’m on the other side of the fence, I am beginning to see his rationale. Watching your furry companion slowly deteriorate until they can no longer function makes for a very long and torturous goodbye.

Still, I wrestled with how to communicate the concept that “alive does not mean living” to my young but very logical son. To him, Audrey was still greeting us every morning and relaxing on our couch at night. The implications of her weight loss, lethargy, and lapse in grooming were lost on him.

Would Jack think I was a monster for ending her life? Would he resent me for not giving him an opportunity to say goodbye? I wasn’t ready to open this can of worms. So, I decided to grieve privately, with the promise that I’d answer any and all questions when the time came.

It took a week or so for Jack to notice there was only one bowl of cat food instead of two. I tested the waters, by plainly stating that there was one bowl because we had only one cat now. He nodded his head in response but didn’t press the issue, so neither did I.

A few days later, he directly asked me where Audrey went. “Passed on” sounded too vague and “asleep” didn’t feel right either, so I settled on “Kitty Heaven.” I explained that it is a place where cats go at the end of their life and that she won’t be coming back. After some thought, he echoed back, “Audrey is in Kitty Heaven and that’s why we only have one food bowl.” Content with this conclusion, he went back to his episode of Paw Patrol.

Then, in the middle of bath time, the emotions bubbled over. Jack cried out for his cat, pleading with me to let her stay with us instead of Kitty Heaven. I knew I had to change my tact. Even though I wasn’t lying to my son about Audrey, my lack of directness was hurting us both. With tears in my eyes, I told him in plain and simple terms what happened to our beloved friend. She had a long, wonderful life. It’s OK to feel sad about her death and miss her; she was a good friend to all of us.

And in that moment, I realized I needed those words just as much as my son did.

I’ve always been uneasy reading the book “Love You Forever” to Jack, mostly because I’m anticipating his questions about old age and the circle of life. But the truth is, living things are much like bedtime stories. They have a beginning, middle, and end. We can’t just skip the end of the story because it makes us uncomfortable.

I don’t regret my decision to euthanize Audrey without my son’s knowledge. Given his age, I know they’ll come a time to discuss the difference between causal and final goodbyes. Whether you’re raising children or kittens, motherhood is messy. There’s no owner’s manual; just trial, error, and a little grace in between.

I will love that darn cat forever.

P.S. The following images are my son’s favorite pages from his “Audrey’s Adventures in Petlandia” book, which is a custom story with 1-2 pet avatars. I’ve given several of these as gifts and found them to be good quality and easy to create (although, some of the rhymes are a little wonky). You can find more info about Petlandia here. 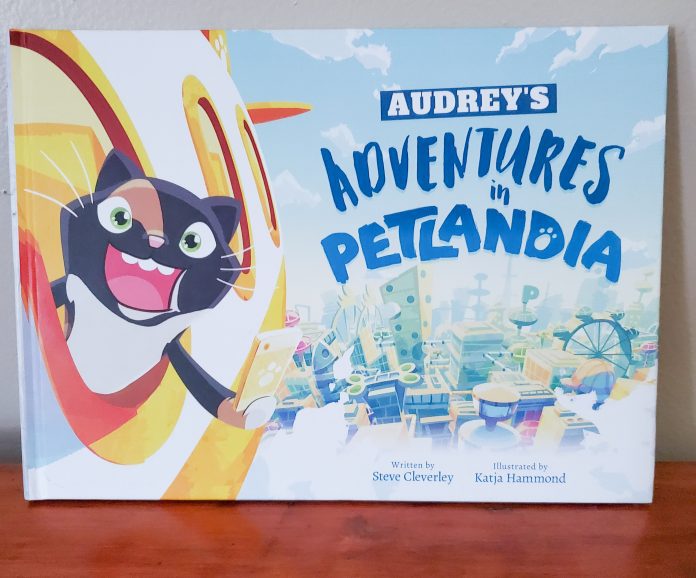 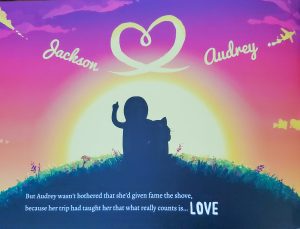 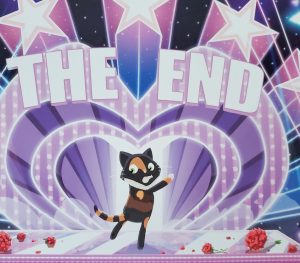 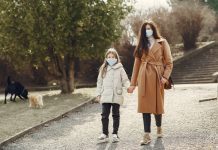