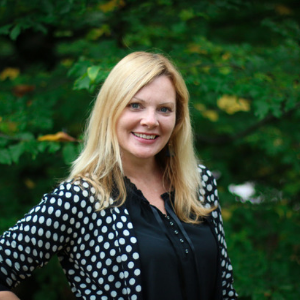 Jackie is a Rhode Island mom who honestly gets what other mothers go through.  Having worked full-time, part-time, and been a stay-at-home mom too, she sees motherhood from a variety of angles. And thankfully, with a sense of humor. Jackie blogs about her take on motherhood and mid-life at ventingsessions.com and writes about it in her award-winning gift book, How to Spread Sanity on a Cracker.

Jackie is a native Texan with some roots and relatives in Rhode Island. (She’s a NASA kid and her Houston accent usually comes out when she’s blasting Willie Nelson in the car.) She has more than two decades of experience in public relations and journalism and holds a BA in journalism from Texas A&M University, where she received the “Best Aggie-Life writer” award. (She still has the tacky maroon plaque in her home office to prove it.)

Jackie was a cast member of the 2013 and 2017 Listen to Your Mother Shows, where she formed lasting bonds with the incredible women she shared the stage with in honor of Mother’s Day.

Her writing has been featured in The Barrington Times, the book Mommy Diarist and blogs like Scary Mommy and BluntMoms. She has donated her PR expertise to many local non-profits from Arts Alive to Dress for Success since launching her professional PR consultancy in 2006.

When she’s not writing, consulting, volunteering, ubering her kids around, vacuuming up dog hair or folding laundry while binge-watching Netflix, she likes to vent with dear friends over cheese dip. Jackie is married to her high school sweetheart and they live in Barrington, Rhode Island with their two teens and three fluffy and friendly Golden Retrievers.